In the view of Traditional Chinese Medicine (TCM), health is a state in which the relations of the body components and the unity between man and nature (environment) are kept in harmony. When this harmony is destroyed by certain factors and the body cannot maintain its balanced state, disease occurs.

TCM does not emphasize the identification of specific etiologic factors such as viruses and bacteria of diseases. Instead, it stresses the significance of the environmental or internal conditions of the human body in the occurrence of disease.

For instance, a human depends on the supply of both Heaven Yang and Earth Yin, which affect the human body through different climatic conditions and food and drink. Therefore, abnormal changes of the weather or climatic conditions are regarded as one of the major groups of pathogenic factors that invade the body from the outside; and improper diet, such as excessive or inadequate intake of food, or preference for food of certain tastes, are pathogenic factors that directly disturb the functional activities of Zang and Fu Organs.

In addition, emotional stress, if in excess, may also become a pathogenic factor as it will lead to dysfunction of the Zang and Fu Organs.

For example, when a patient has fever and chills, lack of sweat, stuffy and running nose and a floating tense pulse, he can be diagnosed as having an Exterior Syndrome due to Wind Cold. 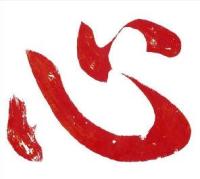 Wind, Cold, Summer Heat, Damp, Dryness and Fire are six kinds of climatic changes in excess; when these changes go beyond the adaptability of the human body, they may disturb the functions of human body, turning into the Six External Pathogenic Factors. As they invade the human body from the outside, diseases caused by them are referred to as External diseases.

Joy, anger, worry, anxiety, sorrow, terror and fright are collectively known as the Seven Emotions, which, under normal conditions, are the physiological responses of human body to environmental stimuli. Therefore, they are not pathogenic factors. However, if the emotional stimuli are too sudden or too strong or last too long, they will disturb the functional activities of Zang-Fu Organs, cause disharmony of Qi in its ascent, descent, entry and exit movements, and eventually result in diseases. Diseases caused by the Seven Emotions pathogens are referred to as Internal diseases.

In the light of TCM theory, the Seven Emotions are closely related to the Five Zang-fu Organs and the circulation of Qi and Blood. On the one hand, they are dependent upon the functional activities of different Zang-fu Organs for their generation; on the other, they affect the functional states of these organs. Therefore, diseases of Zang-fu Organs may be manifested as abnormal changes of the emotions, and emotional changes in excess, in turn, impair these organs. For example, stagnation of Liver Qi often presents as emotional depression or irritability, while excessive anger often stagnates the flow of Liver Qi or induces Liver Qi to rise excessively.

in network with most major insurance companies